15 Daunting White-Collar Crime Statistics You Should Know About 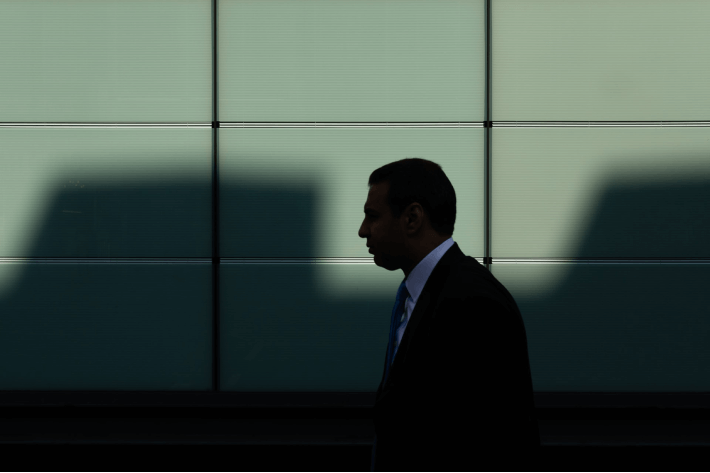 Victimless crimes without bloody traces, fingerprints, or mysteries worthy of Hercule Poirots’ insights and findings don’t shake the public too much. People don’t usually expect white-collar office workers with their noses buried into piles of papers to keep dark secrets. Despite that, white-collar crime statistics show the seriousness of this problem, which can have devastating consequences on businesses and enterprises.

Money laundering, embezzlement, financial statement frauds, check or payment tampering are among the most common crimes committed by white-collar workers. We compiled data regarding those felonies to help you learn more about white-collar corporate crimes.

Only 28% of white-collar employees involved in corporate crimes are women.

If there has ever been a need to draw a forensic sketch of a typical corporate criminal for identification purposes, it very likely wouldn’t be a woman. Detailed research into the demographics of white-collar criminals showed that women are very rare corporate crime offenders, accounting for only 27% of committed frauds. The fact that a vast majority are men is understandable given the disproportion of females in higher management positions at corporations.

Corporate crime statistics reveal that a typical white-collar felon is a married male in his forties.

The typical white-collar criminal doesn’t look any different than the co-workers you sip your morning coffee with. He is likely in his mid-forties, though some start earlier. He doesn’t have a criminal record and hasn’t committed any criminal acts until his late 30s. Most of them boast at least a Bachelor’s degree and belong to the professions not so often associated with illegal activities: lawyers, financial advisors, accountants, and clergy members. Some companies use employee tracking software to get a better insight into their workforce, but these felons are usually in positions of power, where they don’t get tracked or at least know how to circumvent it.

As we can see from the statistics gathered in the research commissioned by The University of Cincinnati School of Criminal Justice, over a third of white-collar criminals are well-established in the society, with more than $10,000 in assets. 63.5% have residential stability, and out of that number, 50.3% are homeowners. They are usually highly ranked in their companies, often at managerial positions, and 65.8% of them have steady employment.

Social and other prejudices often take over the minds of people when they think of criminal activities. Corporate crime is a different beast, though.  Nearly three-quarters of white-collar offenders are white people coming from middle-class or better backgrounds. Notably, income tax frauds are overwhelmingly white-male driven crimes, with 91.4% of perpetrators being male and 89.1% white.

Only 6.1% of corporate criminals come from an unhealthy family background.

When we speak or think about thefts, kidnapping, rape, or murders, we often envision the perpetrators coming from tough financial conditions and unhealthy family backgrounds. Statistics on white-collar crime indicate some often overlooked facts regarding the families the felons come from. Namely, only 6.1% of them were raised in families where they were abused, neglected, or abandoned as children. Only 6% grew up with at least one family member involved in criminal activities, and 15% had parents who struggled to provide the necessities of life.

Asset misappropriation schemes account for 86% of frauds and cause a median loss of $100,000 per case.

Now that we know who commits white-collar crimes and the statistics behind them, we can determine the most common types of these crimes. According to the data gathered in the Report to the Nations global study on occupational fraud and abuse, the most frequent fraud scheme is asset misappropriation. This felony accounts for 86% of all white-collar crimes, but, luckily, it’s the least costly type with a median loss of $100,000 per case. Asset misappropriation happens when an employee misuses or steals the company’s resources and thus defrauds their employers.

Financial statement frauds are the most costly type of white-collar crime, with a median loss of $954,000.

Corruption takes up an expectedly high proportion of occupational frauds. Offenses such as bribery, extortion, conflicts of interest, bid-rigging, and other illegal activities cause losses of around $200,000 per case. One of the more alarming facts about white-collar crime is that corruption cases often cost companies more than just money. Often their reputation goes on the line, and many have to reach out to costly reputation management services to mitigate the damage.

64% of organizational offenses in the United States happen in closely-held or private corporations.

Speaking of the structure of the organizations where frauds are committed, 64% of them are private or closely-held corporations. US white-collar crime statistics show that limited liability companies account for 22.7% of cases, and 9.3% of cases happen in publicly traded corporations. If we dig deeper into the infrastructure of American businesses committing corporate offenses, we can conclude that most are small in size. Namely, 66.1% had fewer than 50 employees, and only 9.7% had more than 1,000.

Only 9% of frauds happen in nonprofit organizations.

Although nonprofit organizations reported very low white-collar crime rates, the $75,000 in damages per case can be a serious blow to smaller organizations. According to the 2020 Report to the Nations study, private organizations accounted for 44% of corporate frauds, public ones for 26%, government agencies for 16%, and other company types for 6%.

FBI white-collar crime statistics show that these criminal offenses cost the US over $300 billion per year.

According to the Federal Bureau of Investigation (FBI), corporate crime offenses are estimated to cost the US more than $300 billion every year. Aside from fines, other penalties for white-collar crimes include paying the cost of prosecution, home detention, forfeitures, community confinement, supervised release, and even imprisonment.

Only 56% of organizations conducted an investigation of their worst corporate criminal incident.

When we look at white-collar crime report statistics, we can see that the main reason for the persistent recurrence of corporate crime might be the lack of people willing to report it. Figures show that only 56% of businesses conducted an investigation of their worst incidents related to white-collar crime. Simultaneously, barely one-third of organizations reported the incident to the board. 89% of the interviewees reported negative emotions after an incident or fraud happened at the company. Taking all the necessary steps to address and better understand the issue results in fewer fraud cases in the future. Ignoring white-collar crime sentencing statistics for a moment, nearly 60% of companies who conducted detailed investigations into the fraud cases ended up being better off for it.

80% of white-collar crime perpetrators received some punishment in 2020, but only 59% of the cases were referred to law enforcement agents.

Organizations can refer to the corporate criminal incident internally, through civil litigation, or by reaching out to law enforcement. The statistics on the response to frauds indicate that nearly half of the victim organizations (46%) never refer these frauds to law enforcement, believing that internal discipline is sufficient. Another big reason for refraining from reaching out to the criminal justice system is the fear of bad publicity (32%).

There were 755 cases of money laundering in the United States in 2020.

White-collar crime statistics by the state indicate that the Southern District of Florida had the highest number of money laundering cases during the fiscal year of 2020 (42). This was followed by the Southern Districts of New York and Texas, with 33 convictions each. One of the ways to prevent money laundering and tax evasion is to engage professional tax software solutions to help companies stay up-to-date and compliant with state and federal tax laws.

White-collar crime prison statistics reveal that the maximum prison sentence for insider trading in the United States is 20 years.

(US Securities and Exchange Commission)

Even though not many people and organizations are willing to go to law enforcement in resolving corporate fraud cases, there are exceptions. When reaching out to the criminal justice system to solve the problem, victim organizations can expect the maximum prison sentence for insider trading to be 20 years. At the same time, the maximum amount of money charged from corporate criminals is $5 million for individuals and $25 million for organizations. Obviously, insider trading is just one of the many corporate frauds that can ruin a company’s finances and reputation, but the steep punishments should serve to encourage more people to speak up and get the felons convicted.

FAQ
How bad is white-collar crime?

Even though they are bloodless, white-collar crimes are not victimless at all. According to the white-collar crime statistics, these felonies have a devastating financial impact on organizations, especially smaller businesses and nonprofits, and can shatter even larger companies’ reputations. According to the FBI, these offenses cost the US over $300 billion per year.

How many white-collar crimes occur each year?

According to the US Sentencing Commission, there were 64,565 reported corporate criminal cases in the US in 2020 alone. If we consider that less than 59% of these crimes get reported globally, we can imagine the worldwide figures being much worse.

Why do white-collar crimes go unreported?

Even though organizations deal with the corporate criminal through civil litigation or by reaching out to law enforcement, white-collar crime prosecution statistics show that a lot of them try to solve the problem internally. Many believe internal discipline is enough, while others fear damaging the company’s reputation or want to avoid costly court cases.

That depends on your definition of worse. Even though blue-collar crimes such as robberies, drug consumption, murder, violence, and others happen much more often and include physical violence and human casualties, white-collar crime tends to hurt the economy more. Consider this: in 2018, the FBI reported $16.4 billion in total losses related to property crimes other than arson.  White-collar crime statistics show that the US loses more than $300 billion every year due to corporate fraud.