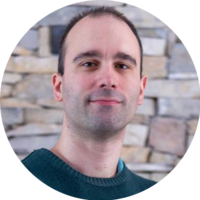 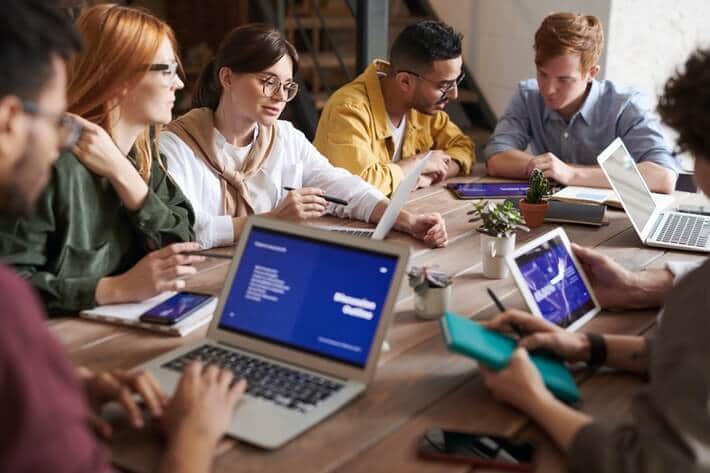 Let’s get the ball rolling with some of the key stats on crowdfunding worldwide. It’s difficult to accurately assess the overall size of the crowdfunding market. There are all sorts of factors to consider: the global volume of transactions with all of the associated costs, equities earned and their fluctuating value on the market, donations, indirect contributions of the industry to the global economy...

For this reason, many online crowdfunding statistics tend to throw around wildly different numbers, ranging from tens to hundreds of billions of US dollars. For the sake of simplicity, when we refer to the global market, we’re talking about everything related to crowdfunding, and when we mention transaction value, it’s purely the monetary value of crowdfunding transactions themselves.

One trend these stats clearly show is that North America is still the leading region driving the crowdfunding industry globally. The top crowdfunded projects are still those organized in business and entrepreneurship ventures, while social causes account for about a fifth of the total crowdfunding budget.

Finally, regulation crowdfunding - a popular method of avoiding registration requirements for securities-based crowdfunding projects - is gaining serious traction in the US.

40% of crowdfunding investments are focused on business and entrepreneurship, while 20% focus on social causes.

Global transaction value in crowdfunding is estimated to reach $940.9 million in 2020.

The core of every good crowdfunding effort is a well-thought-out and realized campaign. Proper crowdfund marketing can make all the difference: more than three-quarters of all campaigns fail to obtain the necessary funding. Most of those that do, however, end up exceeding it greatly.

With well over six million campaigns in 2019 alone, managing to both attract and retain crowdfunding donors is a key challenge for both crowdfunding companies and individuals.

The most successful crowdfunding campaigns tend to be ones organized for nonprofit causes. They generate almost twice as many funds compared to the industry average. Diversifying your crowdfunding sources and having a cause that people can believe in are the keys to success.

Fewer than a quarter (22.9%) of all crowdfunding operations end up being successful.

Statistics on crowdfunding show that $106 is the average pledge in a fully funded project.

Crowdfunding for nonprofits tends to be much more successful, garnering $9,237 in donations on average.

A successful crowdfunding campaign has an average of 316 backers, while the global average is only 92.

Starting a crowdfunding campaign off on the right foot is the key to its success. Most successful crowdfunded projects tend to capture the attention of the majority of their potential backers with a good initial pitch. People tend to have short attention spans though, and it’s important to keep your backers regularly updated and engaged.

Most crowdfunding backers are younger people, so making engaging and personal content that employs plenty of personal video and image material is a surefire way of getting and retaining the interest of your target audience.

Crowdfunding success rates often depend on having loyal repeat backers, as well as making large last-minute pushes as the funding deadlines start approaching. Many backers tend to generally like an idea but hold off from investing until they can see how the project develops.

They often end up forgetting about it in the process. Giving them something to go back to can make the difference between failing a campaign goal miserably and achieving it with flying colors.

Statistics about crowdfunding show that 42% of funds are raised in the first and last three days of a fundraising campaign.

Over $7.2 billion was pledged to crowdfunding projects between January 2014 and July 2020.

More than a third of Americans (36%) are unfamiliar with crowdfunding.

17% of crowdfunding donations are made on mobile devices.

Crowdfunding drives that use images and videos generate 105% more funds.

The average crowdfunding donor is between 24 and 35 years old.

28% of donors to nonprofit crowdfunding platforms donate to the campaign again.

Although the rate of growth has somewhat slowed down in the last few years, crowdfunding is still showing signs of constant improvement, as the industry grows ever larger.

Of particular note is how things are changing in terms of the overall structure and distribution of crowdfunding funds. Back in 2016, the lending market accounted for 70% of the entire industry. Equity crowdfunding statistics from the past four years, however, show that things are slowly changing.

To be clear, the industry still primarily revolves around its lending segment. However, equity crowdfunding is currently growing more than three times as quickly, so it will be interesting to see where we are 10 years from now.

The global growth of the crowdfunding market is expected to occur at a compound annual growth rate of 16% between 2020 and 2025.

According to Statista’s crowdfunding data, the value of crowdfunding transactions will grow at a CAGR of 5.8% to an estimated $1,180.5 million by 2024.

Real estate crowdfunding is projected to grow to $9 billion by 2021.

Equity crowdfunding is the fastest-growing branch of crowdfunding, with a projected CAGR of 33.9% between 2016 and 2021.

Real estate is one of the most consistent segments of the global crowdfunding market when it comes to growth. With average investment returns being no smaller than 10%, it’s little wonder that the industry has a solid future ahead of it.

With almost two-thirds of the crowdfunded real estate market investments in 2018, the Americas are driving the majority of the industry, with the US and Canada being the largest markets. In terms of growth, however, crowdfunding stats show the EU and other European countries as the fastest-growing players.

The global crowdfunding real estate market is estimated to reach $8.3 billion in 2020.

With $6 billion in crowdfunded investments as of 2018, the Americas are the leading player on the real estate investment market.

Residential properties currently account for more than 50% of all crowdfunded real estate investments.

Since its debut in 2009, Kickstarter has been the crowdfunding platform of choice for most artists and content creators around the world. With well over $5 billion in total raised funds and a supporter base reaching nearly 20 million people across the globe, it has pretty much become an economy of its own over the years.

It’s also a promising platform in terms of project success, with nearly 40% of campaigns achieving or surpassing their funding goals, which is quite a bit better than the industry average.

The top crowdfunding campaigns in terms of money raised are without doubt the ones relating to video games. In fact, the industry as a whole has seen entire genres and companies saved from fading into oblivion through Kickstarter-backed funding campaigns.

That said, it’s a platform most widely used by filmmakers and video creators. On the other hand, while there are very few dance-related projects, they tend to do better than average with backers.

As of August 2020, $5.15 billion had been pledged to Kickstarter projects.

According to the company’s official crowdfunding stats, there are more than 185,400 successfully funded projects on Kickstarter.

The majority of successfully funded projects on Kickstarter raised between $1,000 and $10,000.

More than a third of Kickstarter projects get successfully funded (37.86%).

With a total of $1.34 billion in investments, video games are the largest revenue generators on Kickstarter.

With 75,000 launched projects, film and video is the most prolific Kickstarter category.

Dance is the most successful Kickstarter category, with more than three-fifths (61%) of projects getting fully funded.

Another titan of the crowdfunding industry, GoFundMe takes a different approach to kickstarter. It allows people to raise money for all sorts of life events, ranging from celebrations to dealing with unexpected tragedies and hardships, such as illnesses, accidents, or natural calamities. It’s also a fantastic platform when it comes to crowdfunding for startups, although that’s not the primary focus here.

GoFundMe’s crowdfunding industry report shows us that while the company has raised nearly double the money that Kickstarter has, most donations tend to be fairly small. Instead, as our previous stats have shown, the nonprofit nature of a lot of the campaigns draws in a lot more people than most other platforms can hope for.

GoFundMe has so far raised over $9 billion from 120+ million donations worldwide.

40% of all donations on GoFundMe are worth less than $50.

Looking to boost your crowdfunding success rate? Friday is the most popular day for GoFundMe donations.

A new fundraiser is started on GoFundMe every eight seconds.

The most active donor on GoFundMe has donated 293 times to 234 different fundraisers.

20% of all fundraisers in 2019 received donations from more than one country.

A Short Guide to Crowdfunding

Although it is a centuries-old concept, the intricacies of modern crowdfunding often still confuse people. What do equity crowdfunding stats mean? Are reward-based donations any different from traditional financial investments? To answer some of these questions, let’s briefly summarize what the three main types of crowdfunding are.

As the name implies, this is a very common crowdfunding method and one of the most widely spread ones on the market. Essentially, people pledging money do not expect any monetary or equity-based reward. A typical example is charity crowdfunding, as well as various types of donations aimed at scientific and educational projects.

A large contributor to global crowdfunding stats, this type of crowd-sourced financing is effectively a variation of the donation system in which backers are offered a tiered system of rewards in exchange for their financial support. Although there is no monetary or equity gain, the rewards themselves make this type of funding more of an exchange of commodities than an altruistic effort. Kickstarter is a prime example of a reward-based crowdfunding platform.

The final type of crowdfunding is all about investments aimed at long-term gains. Equity crowdfunding data shows that “donors” are typically investors looking to secure financial returns from a share of profits obtained by buying stock in a company. Crowdfunded equity is a big part of startup crowdfunding, for example. Another notable example is financing real estate projects for renting purposes.

There are many more intricacies and details associated with the system, but these basics should be enough to help you get started.

In some cases, yes. As many real estate crowdfunding stats show, investing in companies or real estate projects can give tangible financial rewards. In theory, non-monetary rewards offered by some projects can potentially be sold for equity, too.

Is crowdfunding a donation or investment?

It can be both. See our short guide to crowdfunding for more details.

Can you make money with crowdfunding?

Of course. Just look at our crowdfunding stats above. While only a relatively small percentage of funding campaigns end up fully funded (22.9%), the majority of them manage to raise at least some money.

What percentage of Kickstarters are successful?

We have an exact figure for you: 37.86%. Kickstarter is one of the most successful crowdfunding platforms around. Although it supports primarily the creative sector, many strange and wonderful projects have been funded on the platform over the years.

Ivan is an energetic ambivert with a passion for creative writing, music, languages and technology. He loves writing about small businesses and startups, and is on a constant mission to help you make the most informed choices about the various aspects of running your own business. In his free time, he enjoys playing and listening to music, biking, cooking, reading novels and playing video games.