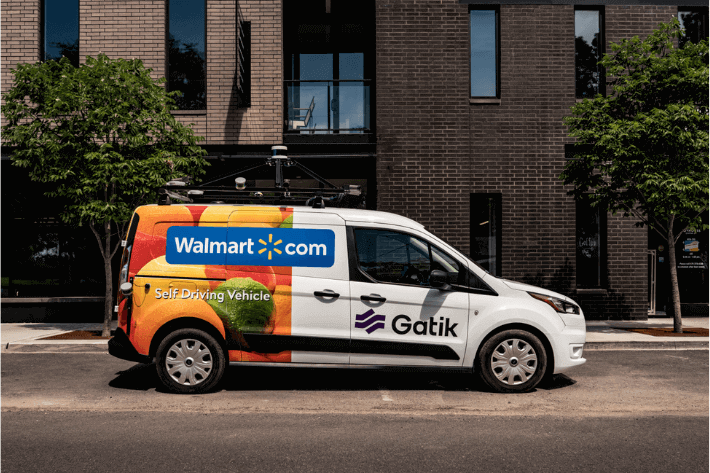 Silicon Valley startup, Gatik, secured $85 million in its latest funding round. The investment cycle was led by Koch Industries, and this cash infusion will play a vital role in the startup's expansion. The money will go towards expanding its operations, hiring new staff, and increasing its truck fleet. Since its founding in 2017, Gatik has raised $114.5 million.

The startup already has well-developed robotic truck operations for hauling consumer goods and groceries for Walmart in Arkansas and Louisiana and Loblaw supermarkets in Toronto. The company suggested that it will be spreading its network to include Texas.

Gautam Narang, CEO and co-founder of Gatik, says that the new financing enables better scaling for the company: “The way we look at the business, the technology, the companies we work with, we have all the key components in place.”

The funding will be giving this company “a runway of at least two and a half, three years," Narang added. Gatik's revenue is also on the rise, so it seems like there is no pressure on the team to pursue any alternative investment sources, bigger rounds, or to go public.

“We have meaningful revenue coming in. Last year we did revenue in the millions, and this year, we are projecting to increase that by 400% year over year,” Narang disclosed.

Koch Disruptive Technologies - the venture branch of Koch Industries - was accompanied in the funding round by existing investors, such as Innovation Endeavors, FM Capital, Dynamo Ventures, and Intact Ventures.

Trucking and delivery services, one of the fastest-developing areas of the autonomous driving industry, are on track to generate their highest revenue in the next couple of years. Gatik's delivery method relies on repetitive routes, and minimizing variables allows for its success. Other companies, such as TuSimple, that focus on longer routes, still have ways to go in terms of testing and further improvement.

Since the company has already made some of its trucks in Arkansas fully driverless, Gatik plans to expand its fleet five times by 2023.

“These are not one-off demos or one-time runs. We are doing these runs repeatedly on public roads,” Narang said. “On the technology front, we are at a point where we have validated the technology in one market, and now the focus is to scale from here.”

Danica’s greatest passion is writing. From small businesses, tech, and digital marketing, to academic folklore analysis, movie reviews, and anthropology — she’s done it all. A literature major with a passion for business, software, and fun new gadgets, she has turned her writing craft into a profitable blogging business. When she’s not writing for SmallBizGenius, Danica enjoys hiking, trying to perfect her burger-making skills, and dreaming about vacations in Greece.

Startups
Amazon’s Boom Boosts Pattern’s Value to $2B
Pattern, an eCommerce startup, saw its valuation skyrocket thanks to booming sales on Amazon.com.
By Julija A. · October 08,2021
Startups
Multiverse Raises $130M in a Series C Investment Round
Tech-focused apprenticeship startup Multiverse has closed another $130 million in funding, following the $44 million it raised earlier this year.
By Julija A. · September 30,2021
Startups
The States with the Highest Number of New Small Businesses Per Capita
These unprecedented times paved the way for a start-up boom in some states, reversing a decades-long decline in new businesses.
By Julija A. · September 24,2021
Leave your comment

There are no comments yet
Reviews