Julia A. is a writer at SmallBizGenius.net. With experience in both finance and marketing industries, she enjoys staying up to date with the current economic affairs and writing opinion pieces on the state of small businesses in America. As an avid reader, she spends most of her time poring over history books, fantasy novels, and old classics. Tech, finance, and marketing are her passions, and she’s a frequent contributor at various small business blogs.

Modern-day interfaces need to be fully optimized with consumers in mind, and understanding industry trends can help you figure out how to improve your business. 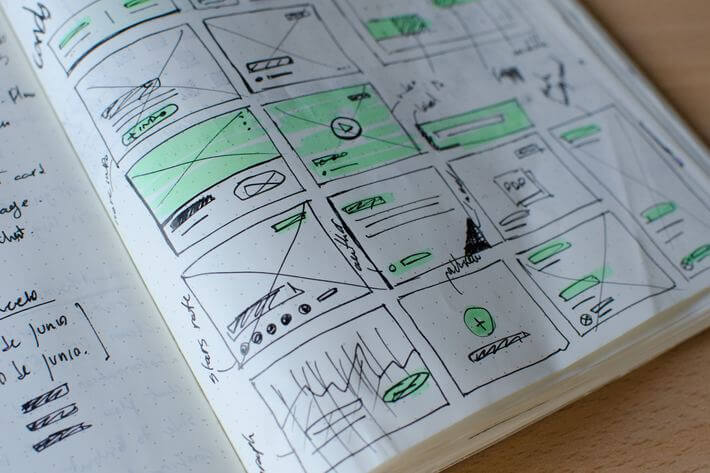 We prefer it when information is presented to us through images and videos. High-speed internet connections have enabled us to do this better than ever before. 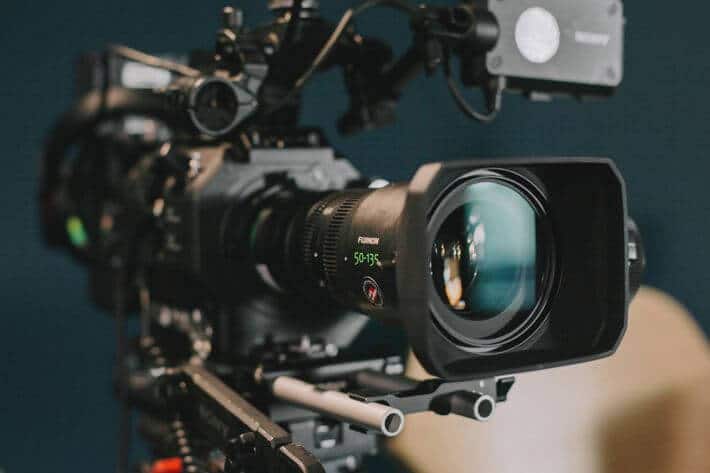 There are new ways to market goods and services to customers, and any business that wants to take advantage of this shift needs to have a good advertising strategy. 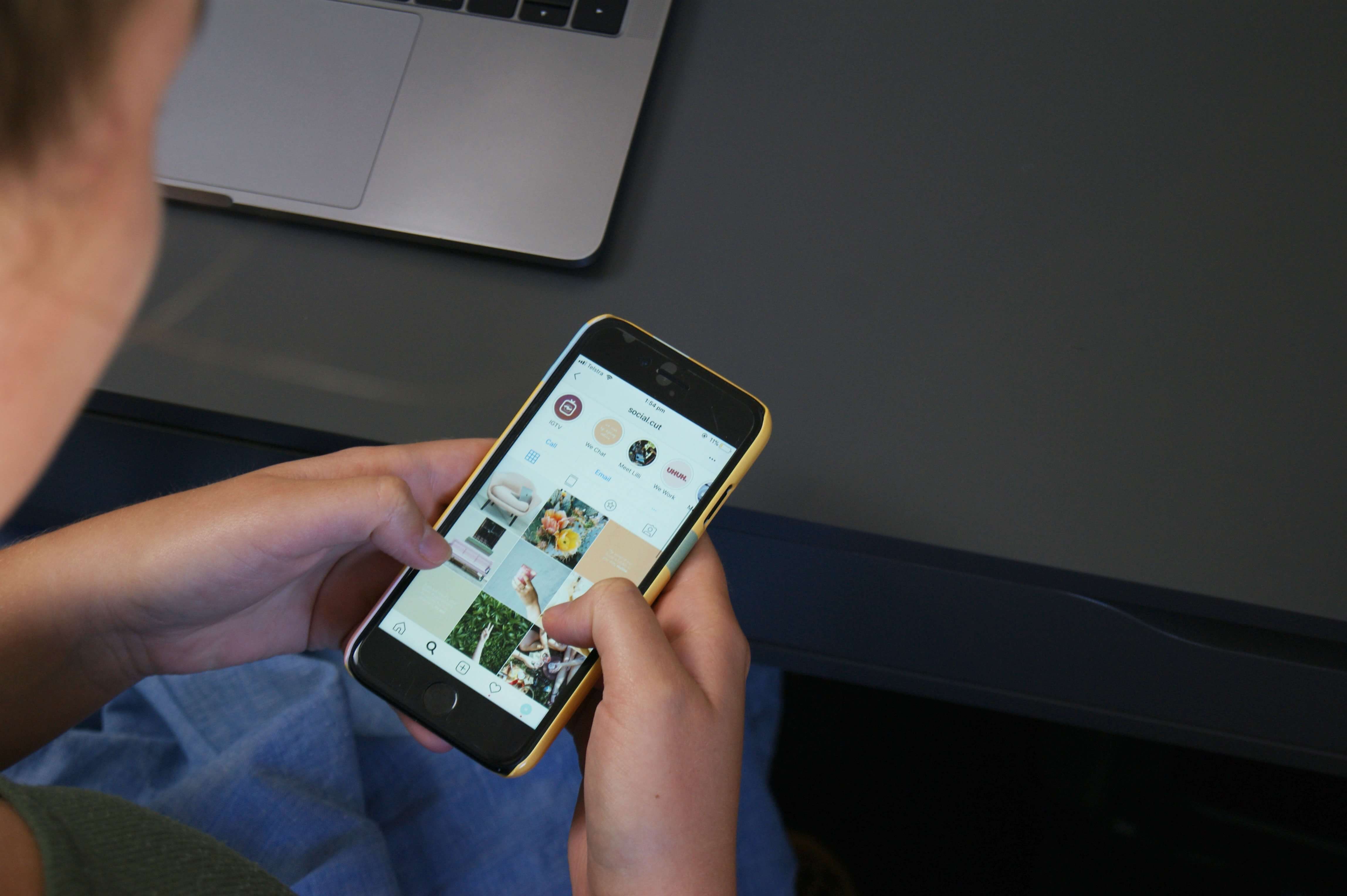 From eCommerce stores and brick-and-mortar boutiques to finance consulting, art galleries, and craft breweries, small businesses are as varied as they are numerous. 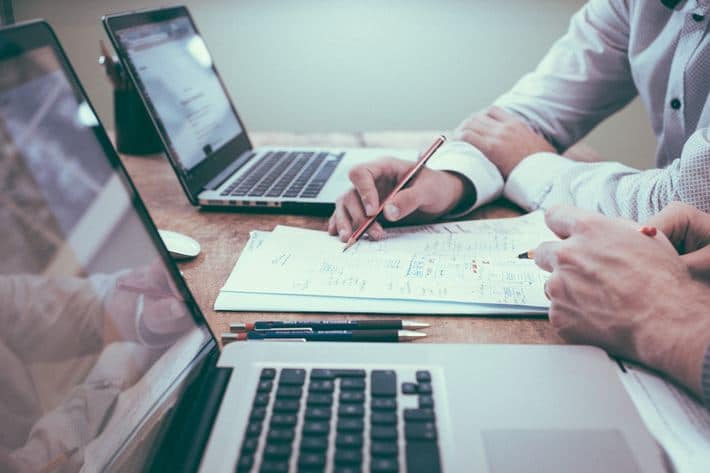 Mecklenburg County in Charlotte, NC, is starting a small business loan program to help struggling minorities. Its primary aim is to reduce racial inequality and aid small business owners and people who want to start a new venture. The budget for reducing racial disparity has been quadrupled, and the county commissioners increased the budget from $2 million to $8 million on June 4 and allocated a portion of this sum to the new loan program. Peter Zeiler, the county’s director of economic development, said in an interview: “There’s a lot of families out there and individuals that have great ideas and simply need access to a little bit of capital to change their lives, and we’re hoping this can help them do that.”This fund will count $2.75 million and provide loans up to $75,000. Mecklenburg County Commission Chair George Dunlap claims he has been trying to make a loan program for a decade now and it has finally been approved. There are many people with good business ideas who simply don’t have the capital to make it come to fruition, and this kind of shortage of resources is a common problem for would-be business owners. This sort of incentive by the governing council is much-needed in small counties such as Mecklenburg, where business incubation could be the key to stabilizing the economy and increasing tax revenue. This loan program will be self-funding, which means that the interest paid from the loans will go directly into funding other loans. This lack of investors limits the program’s capacity, but it is a step in the right direction. The Charlotte-Mecklenburg Black Chamber of Commerce board chair, Shante Williams, claims to be “cautiously optimistic” and that, while she’s glad that the county is taking steps towards equality, she fears it might not be enough. Dunlap claims that the funds should be sufficient in the long run. Not every business will get funded in the first cycle, but as time goes by and more small enterprises become successful and repay their interest rates, more companies will receive funding. Each new cycle could potentially increase funding. It will also help people who are unable to get bank loans. Banks generally only approve loans to firms that are already established, which means only those who no longer need a loan can get one. This way, small enterprises will have access to government funding. While this fund aims to decrease racial disparity, it will be available to everyone, regardless of race. The fund will be managed by an independent lending agency, and the program is set to go into effect by the end of the summer. 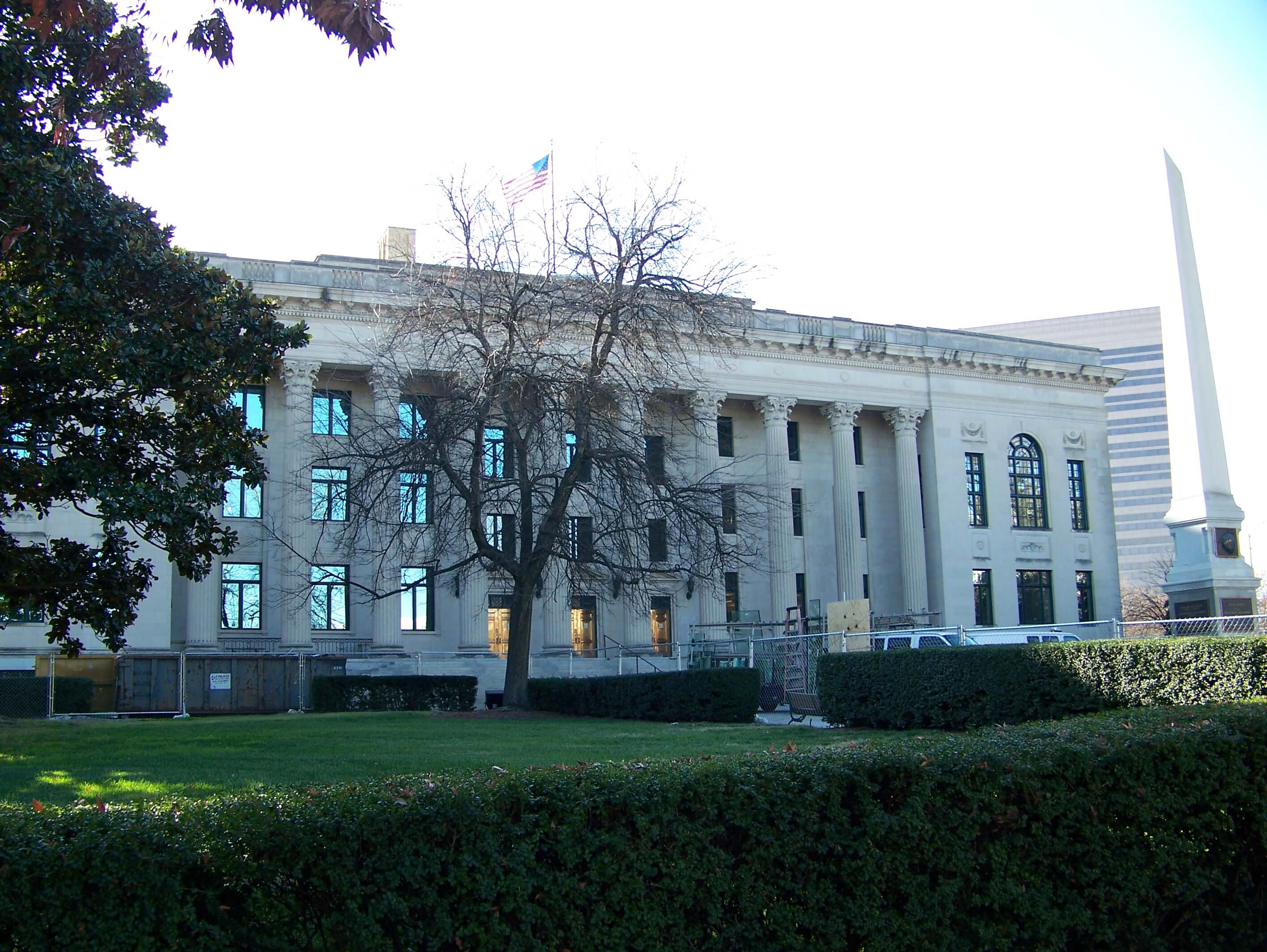 Amazon recently responded to Alexandria Ocasio-Corteze’s earlier claim that they pay “starvation wages” to their workers in a tweet which claims that they pay a $15 minimum along with full benefits from day one. “AOC is just wrong,” they asserted in a tweet on Monday, also pointing out that they are lobbying to raise the federal minimum wage. Ocasio-Cortez has criticized Amazon on Twitter and in interviews on multiple occasions, and her Sunday interview for ABC was particularly scathing. She stated that Jeff Bezos’s “being a billionaire is predicated on paying people starvation wages and stripping them of their ability to access health care,” adding that she doesn’t care whether Bezos is a millionaire or not, and that “his ability to be a billionaire is predicated on the fact that his workers are taking food stamps.”Amazon’s senior vice president of global corporate affairs, Jay Carney, also responded in a tweet, saying that Amazon workers get top-tier benefits, get paid more than 42% of Americans, and that AOC should focus on raising the federal minimum wage instead of going after Amazon. AOC was quick to respond, and replied to Amazon’s tweets several hours later: “If a person is working 40h/week & is paid so little that they need gov help to make ends meet, it’s not the person that’s a weight on our system – it’s the company,” she said. “People need to be paid a living wage. We stand up to co’s that rely on food stamps to make up for their low wages.”She also responded to Amazon’s claim that they pay a $15 minimum “since day one,” pointing out that Amazon’s Ohio employees had to resort to food stamps and that paying employees so little that they need to apply for government assistance just to feed themselves is the definition of “starvation wages.” It’s also interesting to note that Amazon only increased their minimum wage to $15 in November last year, after facing heavy criticism for their pay disparity. Alexandria Ocasio-Cortez’s spokesperson, Cobin Trent, also made a statement: “Amazon built a nearly trillion-dollar company on the backs of the American people,” he claimed. “They have a business model that relies on the American taxpayer. Amazon has made billions using our roads, bridges, postal service, airports, and internet – all built with the tax dollars of hardworking Americans. You would think a company that relies so heavily on taxpayer innovations would be more willing to contribute to our society, but you’d be wrong. Amazon pays zero federal income tax, has extorted our cities and states for tax breaks and their employees often rely on government subsidies to get by. It is time for Amazon to do right by their employees. It is time for Amazon to do right by the American people.” 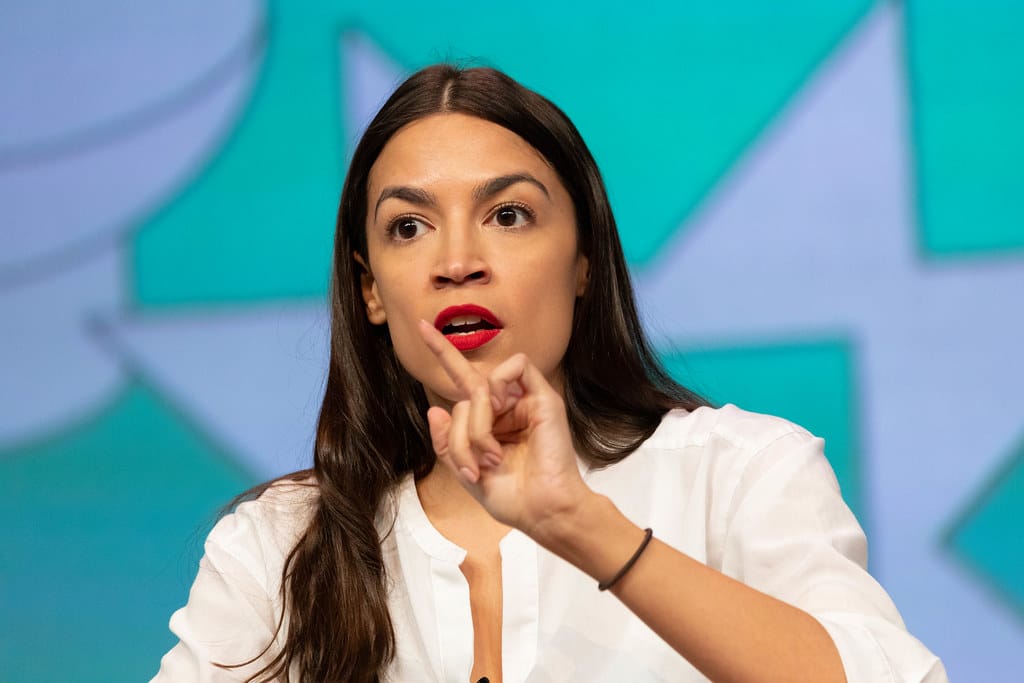 Finance
3,614 Days Since the Congress Raised the Minimum Wage

Congress set the federal minimum wage at $7.25 per hour in 2009. Next Sunday will mark the 10th anniversary of that date - and there have been no adjustments for rising living costs in all that time. It is the longest period without a minimum-wage hike in American history.Assuming a 40-hour work week with no paid time off, a worker will earn $15,080 per year under the federal minimum wage. The Massachusetts Institute of Technology’s Living Wage calculator determines the minimum amount families must earn in different cities and states in order to meet “minimum standards of living.” According to MIT calculations, a single mother of two earning $7.25 per hour would have to work 138 hours per week to earn a living wage.Just for the sake of comparison, the living wage floor in 1970 was $1.60. This left a pre-tax surplus of 35% after basic expenditures. In 2015, the minimum wage leaves a 6% deficit between minimum wage and minimum living. Most American states have adopted a state-specific minimum wage to match the higher cost of living, but in 21 states the minimum wage matches the federal directive. This isn’t enough to live on, even in rural areas with a very low cost of living.Democrats have proposed to raise the minimum wage gradually to $15 by 2024. Opponents argue that raising the minimum wage benefits only young people with entry-level jobs, but according to data, it would actually raise wages for 40 million Americans with an average age of 35.Conservatives argue that increasing wages would affect small businesses, slowing job growth. However, research has disproved this theory several times. Not only would increasing the minimum wage improve worker retention, productivity, and customer service, it would also put more money into consumer’s pockets, boosting the overall economy.Companies such as Walmart and Amazon have already stated their support for the Democratic legislation, but it’s not just the big players that have taken a stand. Businesses for a Fair Minimum Wage, a consortium of more than 800 companies, is working to raise awareness and increase the federal minimum wage by 2024. Most of these companies are small businesses. 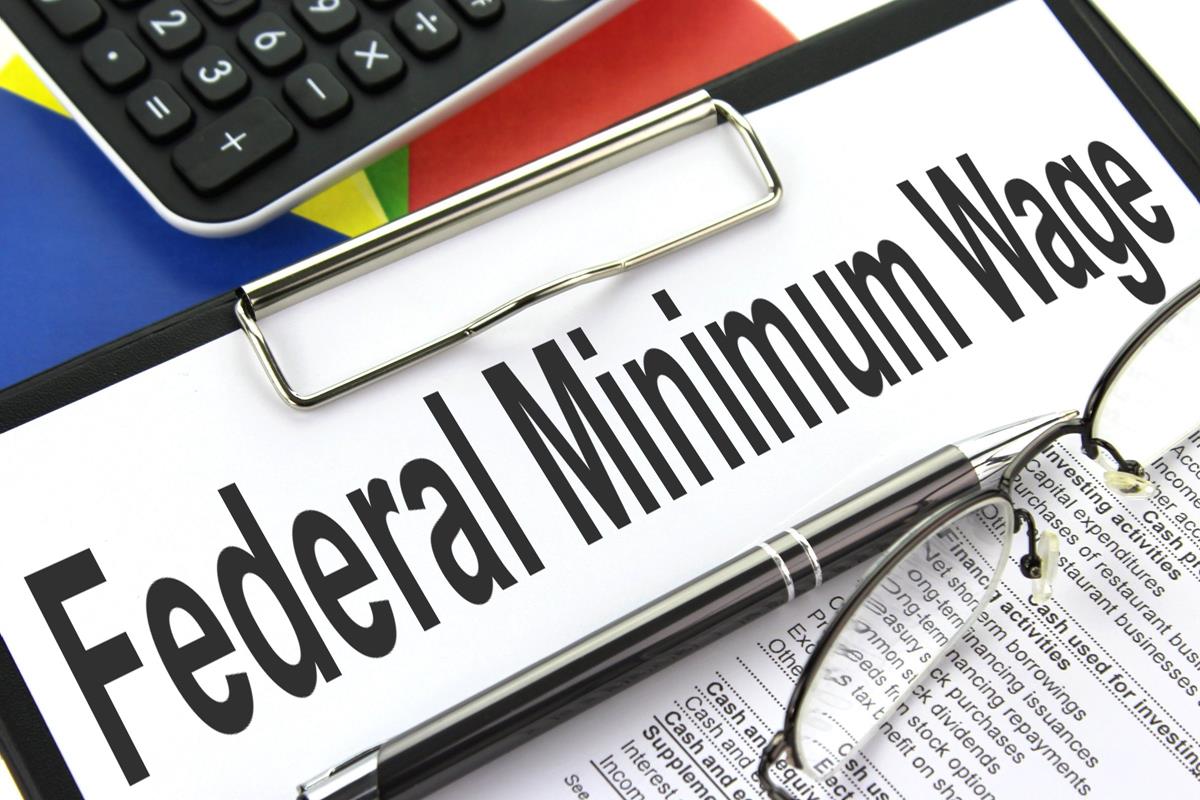 Bitcoin has finally crossed the $9,000 threshold after reaching $9,300 on Sunday. The price of bitcoin fell sharply in May while the market suffered from so-called “bull exhaustion”, but it quickly climbed back up. BTC/USD peaked at $9381 at 05:55 UTC.BTC was last traded at $9,250, representing 6.4% gains on the day. The cryptocurrency is up by 8% on a month-to-date basis. Once the high hit, people all over the world started trading—more than $19 billion worth of bitcoin has been exchanged, according to data. The digital currency is up by 22% in the last 30 days, and up by 142% since the beginning of the year. BTC’s all-time high reached $19,000 back in 2017. Investors are applying bullish strategies with bitcoin due to Facebook’s upcoming launch of a whole new cryptocurrency. The new coin will reportedly allow users to make purchases in the Facebook store, and there are over one-hundred companies backing Facebook’s new blockchain. Companies seem to be eager to invest in cryptocurrencies, and Facebook’s involvement in the crypto space is encouraging them to take greater strides. The industry has long been plagued by talk of illegal activity and regulatory scrutiny, but now that tech giants are behind the idea, the practice is given an air of legitimacy. Facebook’s move is likely to increase their engagement and revenue, but it’s also possible that it will encourage other people to pay more attention to virtual currencies.For example, litecoin is up 2.3 percent on a 24-hour basis. Rthereum’s ether token, XRP and bitcoin cash are up 4%, and EOS is the best performing cryptocurrency of the past 24 hours with 7.4% gains. There’s a possibility that BTC will rise toward the next major resistance at $10,000. Some indicators include the bitcoin’s 50- and 100-candle moving averages on the three-day chart appearing set to generate a bullish crossover. If anything, this is a good sign of bull market momentum. Similar circumstances unraveled in 2015, when the same cross marked the onset of a long-term bull market. Another factor which could have contributed to the increased value of BTC is Binance’s announcement that it would stop serving its US customers in September. Binance Coin is a popular stablecoin that is often used for trading in other currencies, and it seems that its selloff correlates with the rise of BTC’s price. Virtual currencies are entering a new era of success, and all that’s left is to see how quickly they become accepted as a part of everyday life. 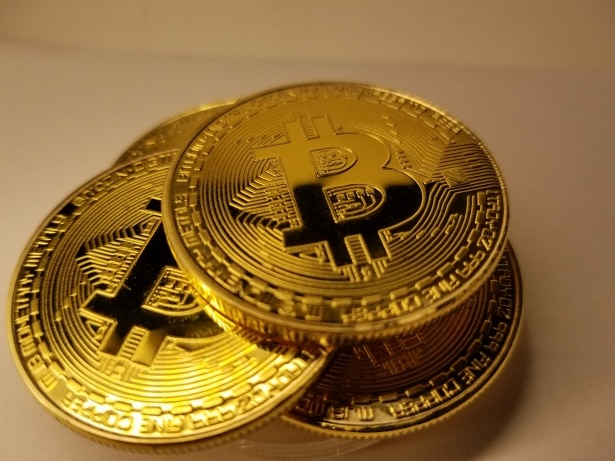 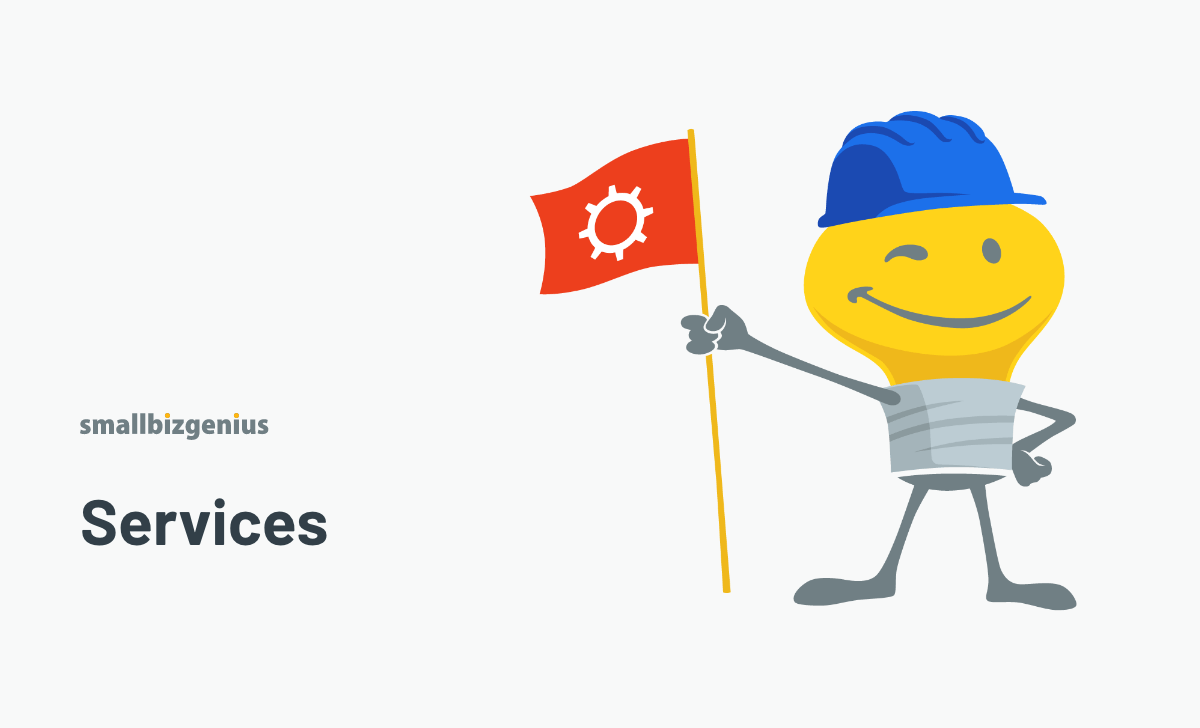 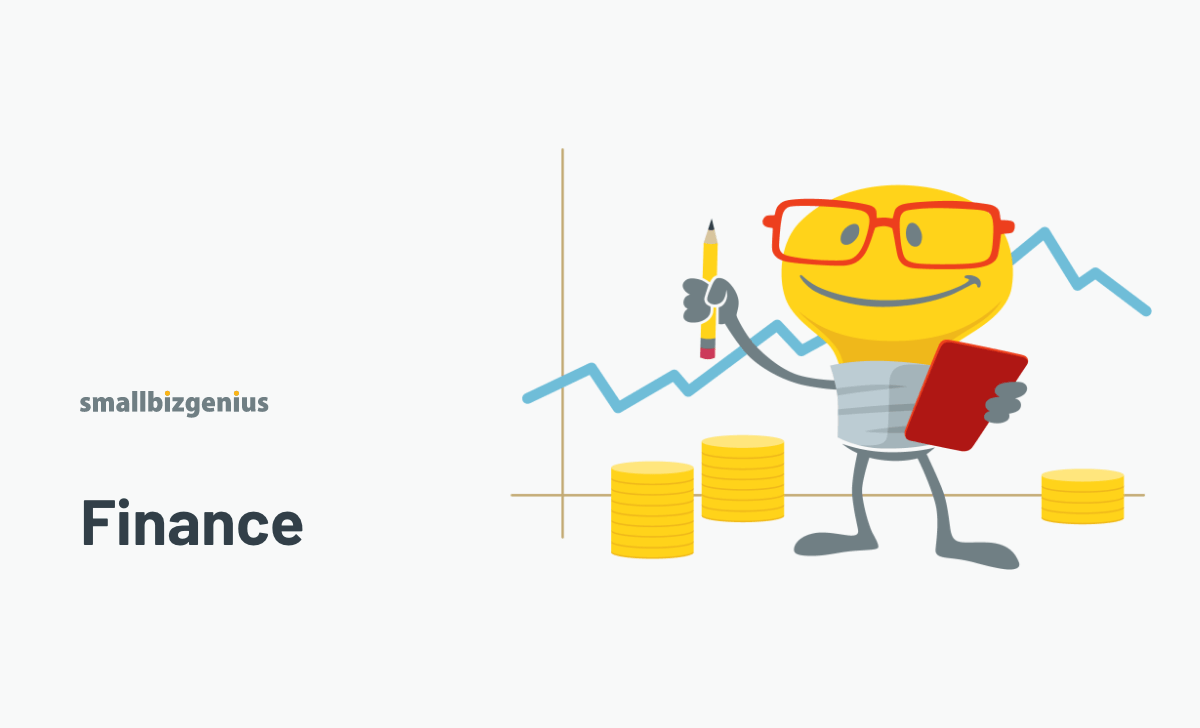